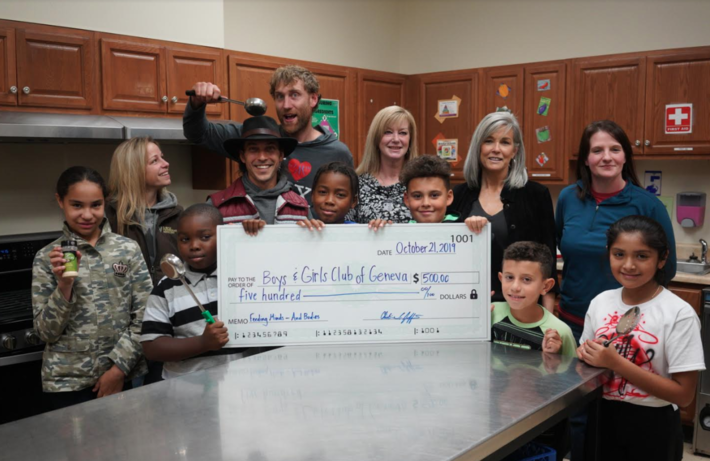 Food Bounty To The Rescue

GENEVA -- The Finger Lakes Culinary Bounty leadership visited the Boys & Girls Club of Geneva recently and made a $500 donation to support the club's nutrition program.
The Culinary Bounty is a consortium of local farmers, chefs and other food-producers who are working to support local nutrition efforts and education in the Finger Lakes.
A recent surge in membership at the Boys & Girls Club has strained the club's budget for supplying healthy fruits and vegetables as part of its daily nutrition efforts.
Chris Lavin, executive director of the Boys & Girls Club, said these dollars will help get us to the end of the year and will supply apples, oranges, bananas and other vegetables to our daily efforts.
"If kids don't eat well, they don't learn well,'' Lavin said. "Our army marches on its stomachs!"
Year over year attendance and membership has grown by more than 30 percent at the club's two locations and the club has struggled to eliminate waiting lists.
Lavin said the club serves more than 100 full dinners each night at its Carter Road location and supplies its 70 first through third graders at its Goodman Street location with an after-school lunch, fresh fruit and weekend "take home'' food snacks and fruits.
The club is also working with the Geneva Center of Concern, Food Justice and local farmers to make fresh fruits and vegetables available to supplement food supplies to club families when possible.