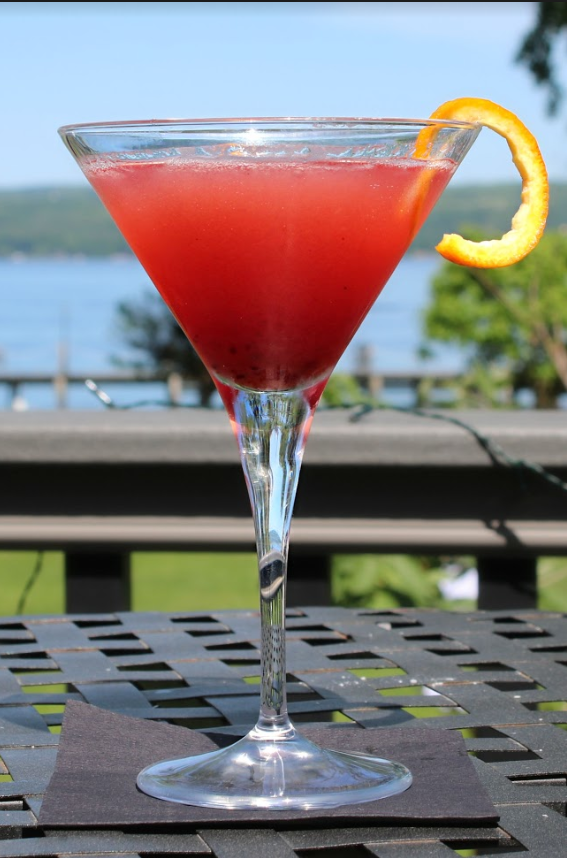 HIMROD -- The new tavern at the Plum Point Lodge on Seneca is a relatively small space, but it has high ambitions.
Sit at the six seat wooden bar and, at first blush, it can seem to be a typical drinking spot. Take a closer look at the array of bottles behind the bar and the difference starts to emerge.
The usual suspects are missing.
No “Captain Morgan.’’ No “Malibu.’’ No array of Russian vodkas or foreign exotics. None of the collection of the big name brands that rule the national and international booze markets prominently displayed.
The Plum Point Lodge has moved the farm-to-table “locavore” movement into its bar.
“Our whole idea here has been to feature the best of the Finger Lakes,’’ said Brud Holland, chef of the lodge’s SAPALTA restaurant. “Why shouldn’t that apply to our wines and drinks as well.’’
It turns out, the boom in local wines, spirits and beers has opened a door.
Plum Point may feature the only bar and restaurant serving exclusively New York wines. No big California reds here. No Australian or French. Not even Champagne.
All of its wines and virtually all of its spirits and beers --like much of its foods -- are being produced within a few miles of this quaint hotel.
The staff here is quick to redirect a classic spirits order.
“I’ll take a Glenfiddich on the rocks,’’ the customer might order.
“How about a ‘Collaboration,’’’ Bartender Julie Adams will respond. “An Irish whiskey-style drink produced together by two local distillers?’’
Adams, who managed Geneva’s Halsey’s restaurant for many years, says the bar has two local vodkas, four local gins, six local beers in cans and four on tap. It also has local rye, whiskey and bourbon on its shelf.
Tucked away in the back of the coolers are a few Bud Lites, Stella Artois and Michelob Ultras for customers who won’t try the locals, but they aren’t promoted.
“Our customers are intrigued by the local choices and haven’t rejected one yet,’’ Adams said. “Local wines and spirits compete nicely.’’
Holland has also collaborated with Adams to produce a variety of signature cocktails, also built with all local ingredients. No stodgy Old Fashions here.
Typical is the Plum Point Martini, a concoction that features a lavender gin from Myer’s Distillery in Ovid, plum jam made by Holland, and a local wine-based liquor that replaces the traditional vermouth.
“Our wine shop features most of the best the Finger Lakes has to offer,’’ Holland says. “We want that same standard through our cuisine and into our bar as well. What is produced in this region today is fantastic and can compete with the best in the world. Come see.’’

Plum Point Lodge on Seneca is located 19 miles south of Geneva on Seneca Lake’s western shore. It is open daily for breakfast from 8 to 11 a.m. and for dinner from 5 to 8 p.m. Drinks are available from the bar throughout the day and served on a deck and lawn patio. 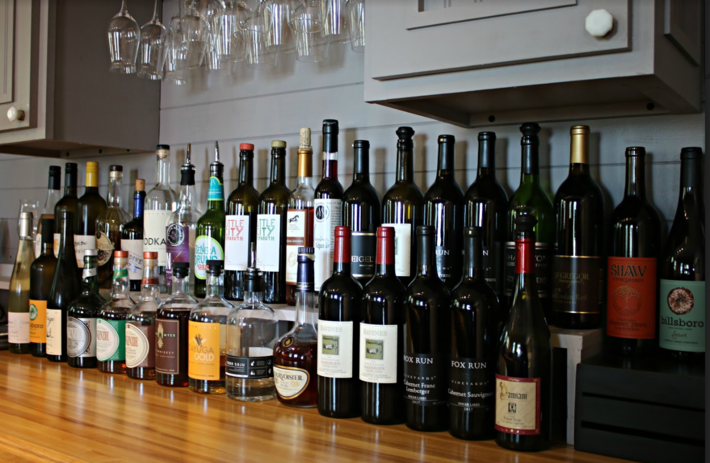