Theatre444, is proud to bring you actors from all over the country to create our local version of William Shakespeare’s, The Tempest.  This will be Shakespeare as you have never seen it! This production will be a LIVE STREAM Event that you can watch in the comfort of your own home in real time. In addition to your streaming ticket, you can purchase a Party Box to play along.  Adventure, magical islands, festive cocktails, deserts, and special props wi 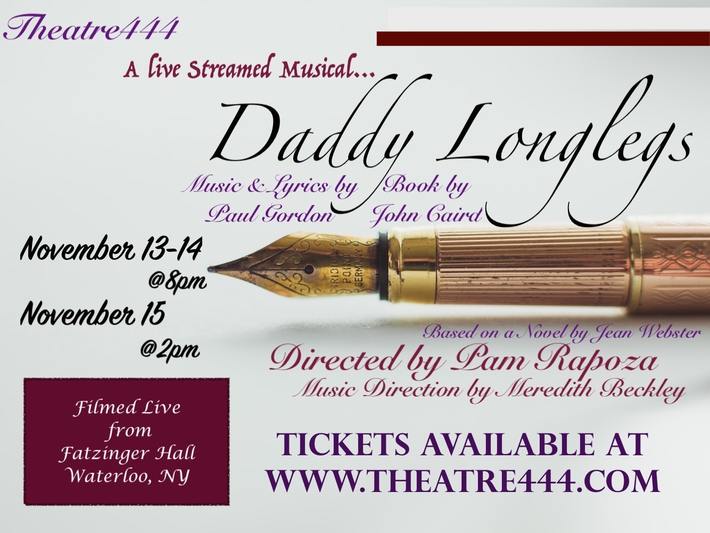 GENEVA -- The Boys & Girls Club of Geneva was inspired to hold an Annual Dinner without the usual trappings. 336 people still paid for the honor of watching this video at home. Geneva is a giving place! 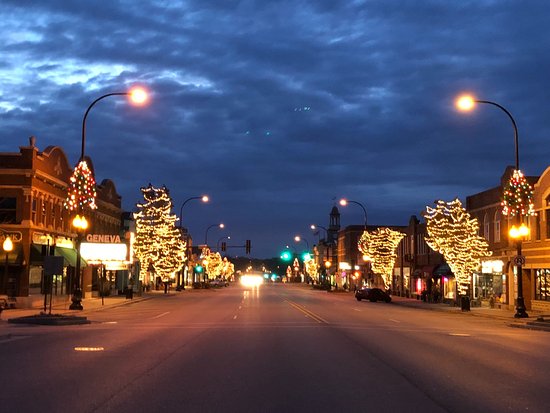 GENEVA -- The Boys & Girls Club of Geneva will partner with the City of Geneva, the Geneva Center of Concern and FoodLink of Rochester to operate monthly food distributions.
The effort, which was operated by the City fo Geneva since last spring, will move to the club's Geneva Community Center at 160 Carter Road where the longer driveway will facilitate distribution of the boxed foods.
Full details are on the poster below. This effort is being maintained Club Will Offer Before School Care

GENEVA -- To aid Geneva's families and the City School District, the Boys & Girls Club will offer before school care starting at 7 a.m. every morning at its Geneva Community Center location. The service is free and open to any parents or gaurdians whose work demands require dropping students off earlier than the official start times at each school location. Before school care will not be available at school sites due to the COVID-19 virus protocols. GENEVA -- The Boys & Girls Club of Geneva was firing on all cylinders Thursday as it worked to maintain its food programs while readying to open for Emergency Day Care on Monday.
The club's Junior Staff did a hot day of community service, weeding the gardens at Pulteney Park while the club's crisis transportation team did a full day of deliveries: milk from Ithaca to Lyons and Geneva, fruit and vegetable boxes to 350 families in Geneva and Yates County as well as 42 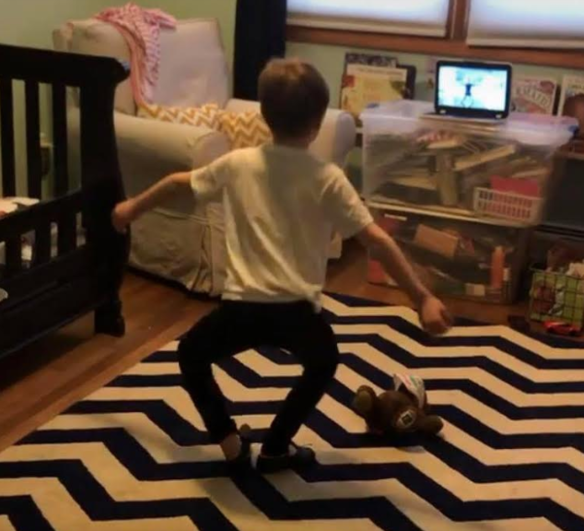 GENEVA – The show must go on, and so must the arts instruction … even in a pandemic.

The faculty at the St. Peter’s Community Arts Academy has been able to continue teaching students by creative approaches. Arts for All continues, but many of the academy’s 300 students are learning online and at home, as shown by photos of students on the academy’s Facebook page.

In a recent letter to families and friends of the Community Arts Academy, the Rev. Jam 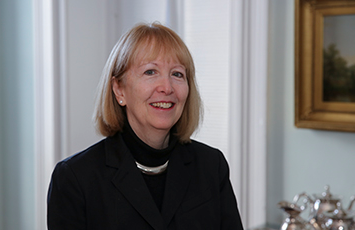 BOSTON -- News from Boston will surprise virtually no one in Geneva today.
Anyone who was acquainted with Mary Herlihy-Gearan, wife of Hobart and William Smith Colleges' President Emeritus Mark Gearan, has known how extensively she worked with undergraduate students making their way through the passage to adulthood.
It took Harvard University only two years to realize what that institution got when Mary Gearan returned to Boston.
Harvard recently awarded Mary Geara

GENEVA -- This week the Boys & Girls Club team is passing a milestone -- 10,000 meals delivered since the virus crisis closed the local schools.
Breakfast and lunches Monday through Friday and dinners Mondays through Saturdays have added up as what some thought would be a short sprint has turned into a bit of a marathon.
"We've had support from throughout the community,'' said Chris Lavin, the Boys & Girls Club's executive director. "And it's not over!''
The club reg 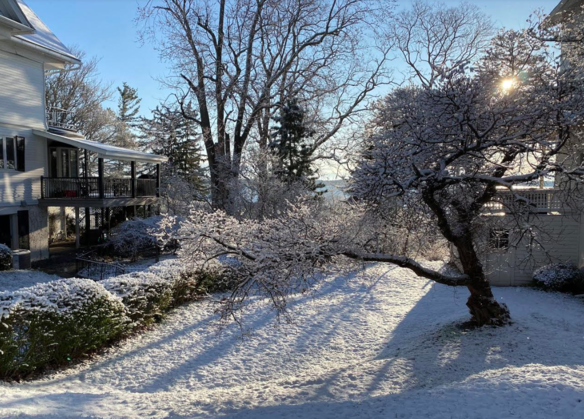 GENEVA -- What a gorgeous morning greeted Genevans today. Spring sun on the last dusting of snow. It is really just time-delayed rain. It will melt away through the day. I know some tire of winter a bit, but as someone who lived in the sunbelt for 35 years, there is such rejuvenation in a few months of snow and cold. Mild cleansing, insect elimination, moisture and life everywhere. In the land of endlessly whirring air-conditioners, dust and dirt, lightning and tornadoes, hurr

GENEVA -- To limit potential of spreading of the coronavirus, the Boys & Girls Club of Geneva was forced to suspend normal programming while its members stayed home.
Rather than close, however, the club decided it could use its food and academic support services to support club and community members.
The club formed a call center and began arranging for food deliveries. Academic support will begin when schools have delivered work packages to the stud 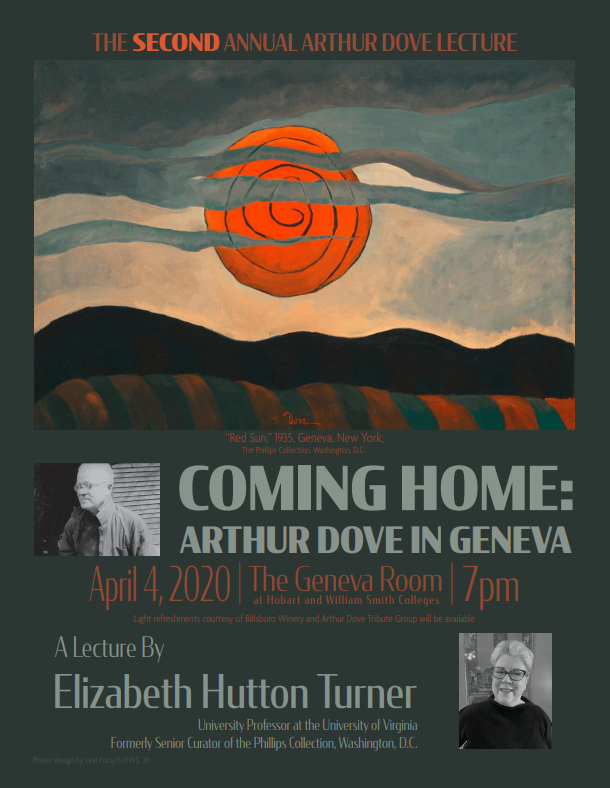 Theatre444 is proud to bring you The Vagina Monologues, with all proceeds to benefit Safe Harbors of the Finger Lakes.  Eve Ensler wrote the first draft of the monologues in 1996 (there have been several revisions since) following interviews she conducted with 200 women about their views on sex, relationships, and violence against women. In an interview with Women.com, Ensler said that her fascination with vaginas began because of growing up in a violent society.  “Women's empowerment is deeply 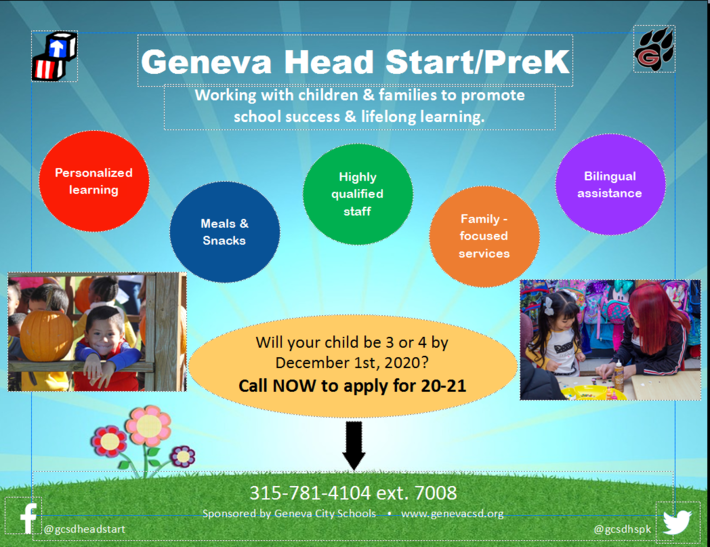 WITH AN ABUNDANCE OF CAUTION AND CARING WE MUST CANCEL THIS QUILT SHOW THAT WAS TO BE HELD ON APRIL 10 AND 11.  THANK YOU AND WE HOPE YOU ALL STAY HEALTHY.  PLEASE FOLLOW THE STATE, LOCAL AND FEDERAL GUILDELINES OF SOCAIL DISTANCING, IT IS YOUR DUTY. 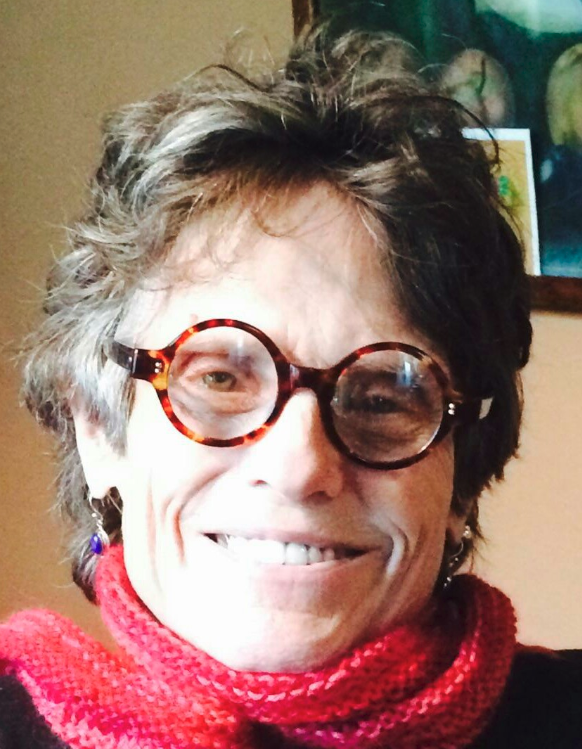 GENEVA -- Theatre444, with special support from Geneva Club Beverage, is proud to bring you the Finger Lakes Premiere of Jason Robert Brown’s Drama Desk Award Winning contemporary musical The Last Five Years.  An emotionally powerful and intimate musical about two New Yorkers who fall in and out of love over the course of five years, the show's unconventional structure consists of Cathy, the woman, telling her story backwards while Jamie, the man tell

To Phelps And Back With Santa

GENEVA -- Saturday evoked images of earlier Geneva as Finger Lakes Railway passenger cars once again hit the rails between Geneva and Phelps. See video above.
It was the Annual Geneva Rotary Club Santa Train Saturday and the train cars sold out again as Santa and Mrs. Claus visited with families from throughout the Geneva area as the snow-covered countryside glided past the train windows.
Riders were also serenaded by the Geneva Interact Club, a junior Rotary Club

GENEVA -- The Boys & Girls Club of Geneva kicked off its Annual Campaign Friday with a special video and mailing amid a time of unprecedented growth for the organization.
"We've grown by almost 40 percent, year-over-year,'' said Chris Lavin, the Club's executive director. "That's great news, but it also means more staff, more food and more supplies. We're hoping the community responds.''